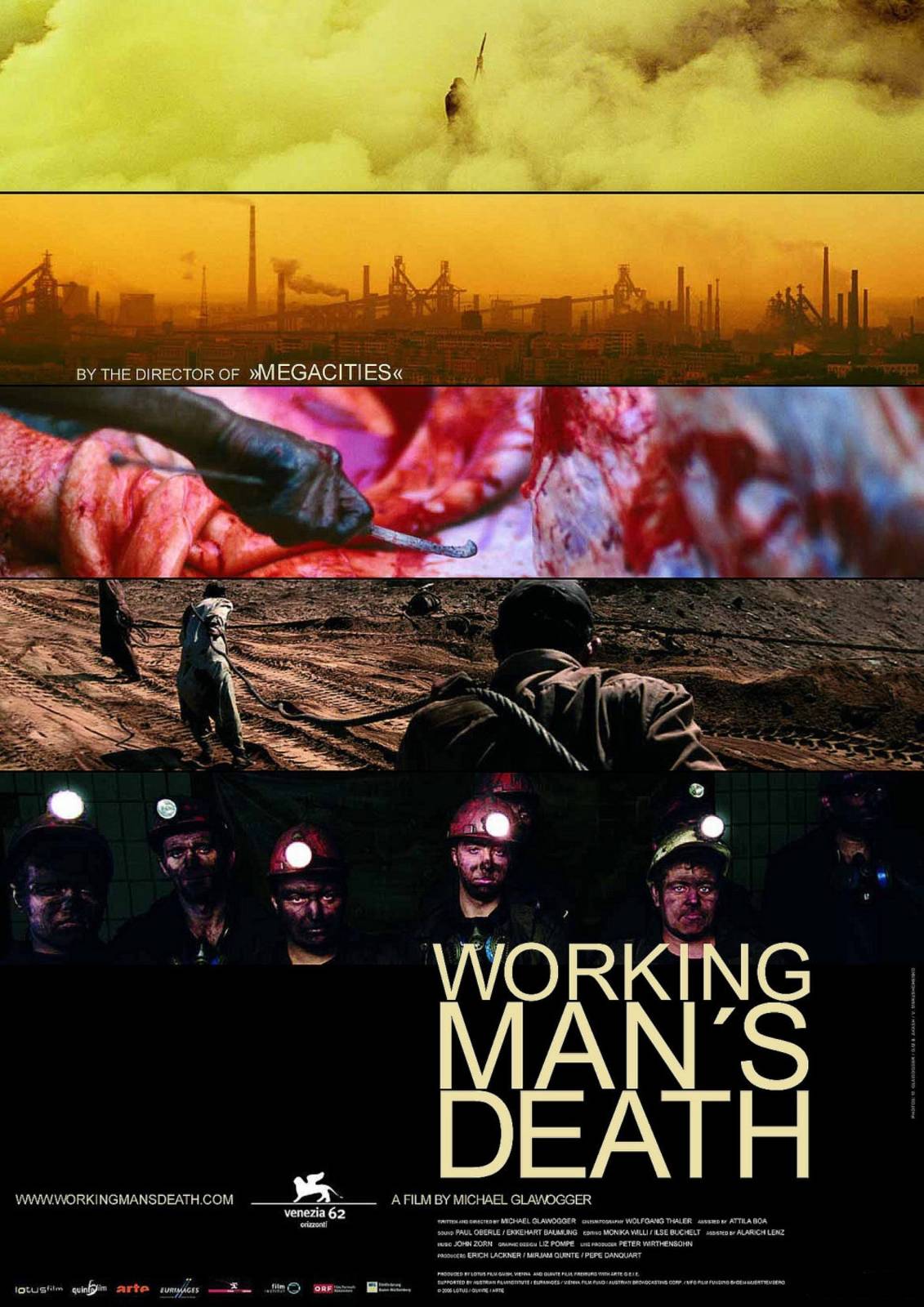 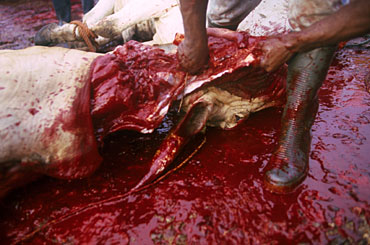 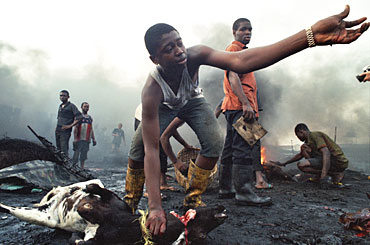 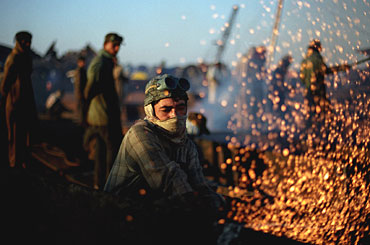 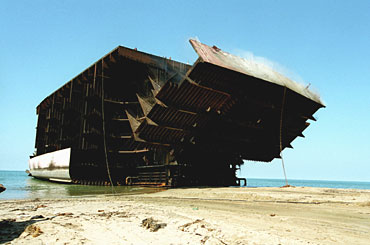 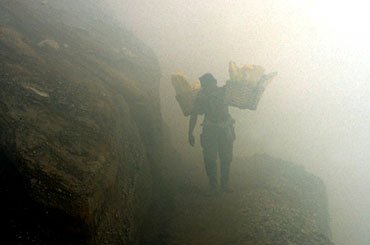 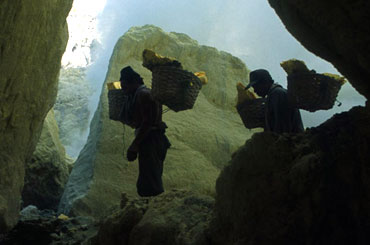 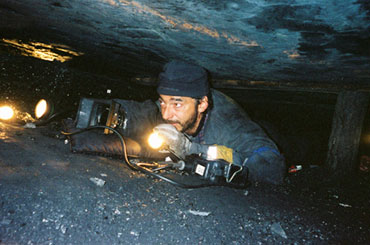 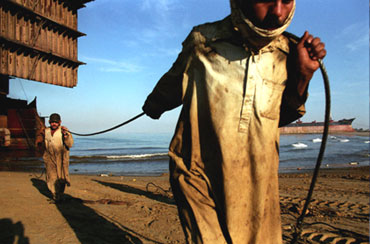 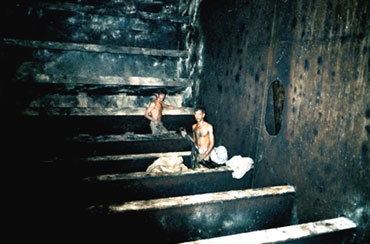 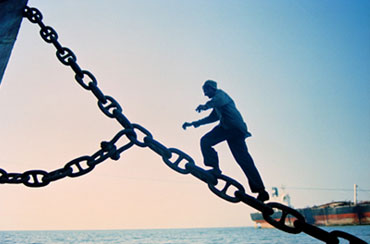 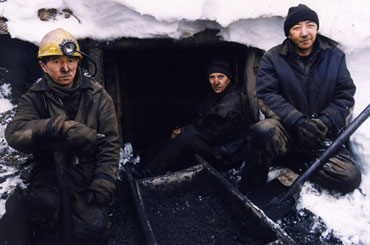 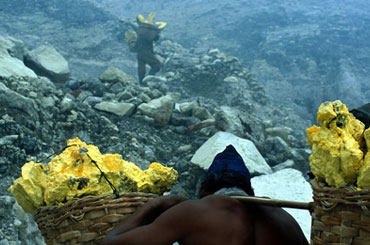 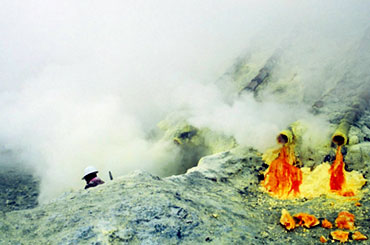 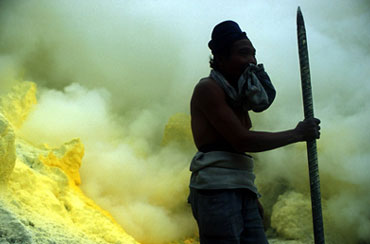 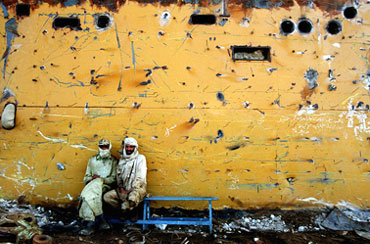 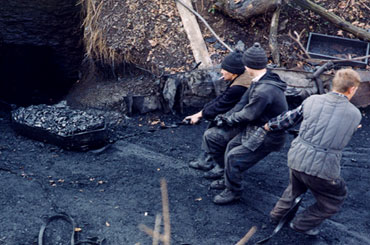 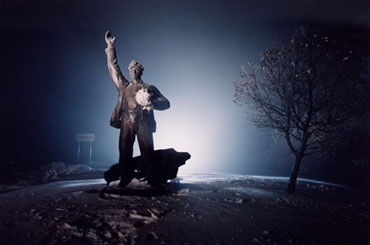 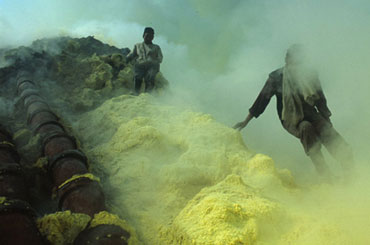 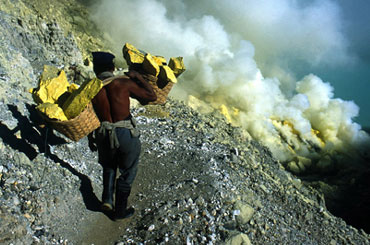 In 1935 Aleskej Stachenov is made ‘Hero of Labour’, a town is named after him and the Soviet movement for ‘norm breaking’ labour shifts is born. In 2001 Ndomo Tambi is breaking his back in an east African tanzanite mine. He works without pay in the hope of unearthing a gemstone. Shirtaj lives and works in Alang in India where he spends his days dismantling tankers with his bare hands – the scrap metal of the world. And Valerie and Mascha work in the very mines where Stachanov set his records; their final shift looms. All they can do in the age-old Russian Combine of this crumbling big industry enterprise is wait; for work and for meaning. Elsewhere - in Israel, Japan and the USA – automated industrial plants work on unquestioningly. Ex-steelworker Johann from Austria has learned to structure his days, but hasn’t worked for a very long time. Back in Russia villagers have gathered beneath their Stachanov statue for a wedding.